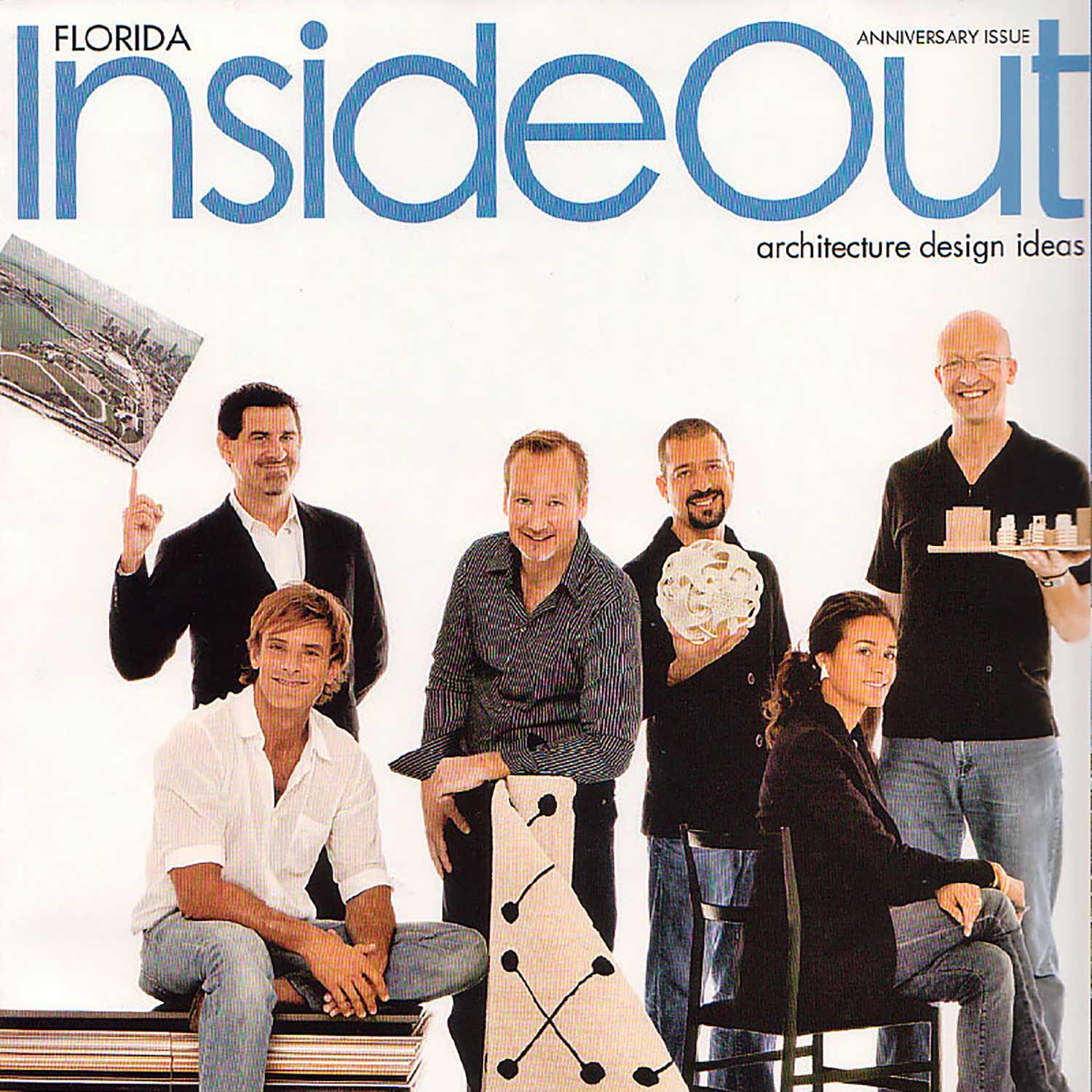 Matthew Radueff always enjoyed visiting Miami as a child, and as an adult, he’s enchanted by the city’s urban cool. So when the 34-year-old film and television producer decided to buy a vacation place, he zeroed in on a loft in South Beach’s Vitri complex, paying $790,000 last year for a 1,400-square foot unit in a pre-construction deal.

The loft, Rachleff said, will be ”so unusual, with its high- end finishes and wide expanse of space in a city where the light is so great.” And if it’s anything like the loft building where he lives in Los Angeles, Rachleff looks forward to meeting “energetic young people and being part of that community.”

For developers, it is hip clients U.ke Rachlcff who are driving South Florida’s loft-building boom. After all, said Burt Minkoff, an agent at Coocoran for 550Q, a mixed apartment-loft complex in West Palm Beach that has 20 lofts out of a total of 365 units, “lofts fulfill an urban fantasy.”

That may be true. But as lofts start to attract a wider following, including young families as well as baby boomers bored with gated suburban communities, many are asking the question, what in fact is a loft?

In general, lofts tend to be open, unfinished spaces with high ceilings and minimalist interiors (think concrete floors). Otherwise, there are as many answers to that question as there are ads, Web sites and billboards touting new loft projects. scanning these promotions revealed a wide range of descriptions, from “loftlike” and “loft-style” units to “soft lofts,” “SoHo” and “Metropolitan” lofts and “refined lofts.” Square footages vary.

Michael Y. Cannon, a real estate analyst at lntegra Realty Resources-South Florida, agreed that “loft” has become a marketing term with, a shifting definition. “There are real lofts and then there are artificial lofts and phony lofts,” Cannon said. By phony, he means lofts with only 9 foot ceilings, compared to his benchmark of at least 15 feet-although true believers argue that loft ceilings must reach 20 feet. (One cautionary note: if a unit is advertised as having20-foot ceilings, send someone with a tape measure. Usually they are not, and it is very difficult to accurately eyeball the height of a ceiling.)

In the nineteenth century, lofts were the upper stories of warehouses or factories. By the 1960s, when cash-strapped artists were taking up residence in the SoHo industrial area of New York, lofts were grungy work-living spaces carved out of abandoned downtown buildings.

Today, the artists have decamped for the far reaches of Brooklyn and Queens (and SoHo has become a shopping mall), while the loft concept of reclaiming an older building has spread to places like Chicago, Phoenix and Kansas City) · In a strange twist, there’s a company called Manhattan Lofts in London. One can even get a loft in Ocala, Florida, or the Las Vegas suburbs, where, as Tire New York Times Magazine reports, “sub- urban lofts” are coming to tract houses.

Because cities like Miami lack the multistory industrial buildings prevalent in Rust Belt cities and post-industrial urban areas, Florida developers were forced to innovate. Instead of remodeling abandoned space, their notion was to build a hybrid loft that merges new construction with old materials.

At the 66-unit Vitri, the architects Jacqueline Gonzalez Touzet and Carlos Touzet created spaces with 20-foot ceilings, ranging from l,000 square feet to around 2,200 square feet, for an average $600 a square foot The master bedroom is completely open to the living-dining area, except for a knee wall or railing.

‘We didn’t want to differentiate the space too much,” said Jacqueline Touzet, who noted that details like solar blind sand a balcony off the bathroom are “a nice twist on a Florida loft.” She added that Vltri lends itself to those who collect art and sculptural furniture -the space, she said, ”becomes a canvas.” Michael Samuel, a partner in Midtown Group, which is developing the Mid-town mega-project near the Design District and the Wynwood Arts District, said the loft units in the complex a re designed as “more of a finished loft” (that is, with walled bedroom areas, although the owner can remove them). He, too, is aiming at those who want to “create their own space.”

There is some debate about who brought lofts to Florida, and when. The architect Chad Oppcoheim said his 2002 building, the Ilona, a compact 16-unit structure named after his wife, was a starting point. Ads for his Ten Museum Park tower, under construction, show wide-open loft units.

The Ilona’s airy double-height units had a refined loft look, he said, ”with all the positives of the loft without concrete block walls and exposed ducts. “Next for him is the Montclair, which has unfinished loft spaces. A new project, Cube, will balance raw and finished units, Oppenheim said, with 20-foot ceilings, cantilevered living spaces and full-floor expanses.

To some developers they are a gimmick, but we are pushing the boundaries of lofts,” said Oppenheim, who recalled years ago creating a loft in his former apartment in the South Bay Club by knocking down the walls to expose a spectacular view. (His most recent project, a restoration of Carl Fisher’s 1926 mansion, even has loft like aspects: the ground floor great room offers an open space 66 feet long. “It was the original loft in Miami,” he said.)

Meanwhile, Lissette Calderon, chief executive of the Neo develop-ment company, said she was pivotal in bringing lofts to South Florida with the 199-unit Neo building in downtown Miami in 2000. These one-story spaces had 11 foot ceilings, and exposed columns; her new down-town project opening this year, Neo Vertica, is a notch up with two-story “split” units and-you guessed it-20-foot ceilings. “Now that people are more familiar with lofts, we can spice them up,” Calderon said. Thus, Neo Vertica’s club area will have a meditation room.

For one young family from England, a unit on South Beach became the perfect loft. When Richard Man hire, the chief financial officer of a Florida based retailer, his wife, Katie, and their daughter, Charlotte,
moved to Miami in 2004, he didn’t want to get “stuck in an impersonal box on the 25th floor of a tower.” So he bought a 1,500-square-foot loft in the low-rise Absolut building for around $600,000. As it was, the unit fulfilled “only one-tenth of my criteria for a loft,” Manhire said.

Oscar Glottman, a Miami architect and interior designer, helped the Manhires reconfigure the relatively small unit. Down came the bedroom and walk-in closet walls on the upper floor; the kitchen on the lower level was opened up to create one large living space. A downstairs bedroom is now partitioned by sliding doors. The result, Manhire said, is a SoHo-style space that is “more consis-tent with what a loft is.”

Glothnan said that many loft buildings going up now are merely “spacious unfinished apartments in a luxurious neighborhood.” That’s why he has created a loft design concept-using telescoping doors, movable glass walls and a Murphy bed, among other modular elements that can be customized-that is aimed, he said, at ”maximiz-ing the feeling of spaciousness in a loft.”

Anecdotal evidence suggests that, until recently, loft prices were largely in line with the cost of similar square footage in conventional apartments and condos, or were a relative bargain. Some could even be had for less than S200,000. (Buyers like Manhire, however, paid an additional $100,000 to $150,000 to renovate units before moving in).

Now, as the loft craze catches on, some new developments are going more upscale and “prices are zooming,” said Carmon, the analyst. At NeoVertica, for example, larger lofts run up to $700,000, compared lo units at the earlier Neo, which started at just over $100,000. Cannon goes so far as to say that lofts have been over-played and are already “past their glory.”

Still, realtors say loft sales are brisk and attracting a wider range of buyers-from empty nesters to work at home entrepreneurs. Sever-al high-rise loft projects in the Design District and the Wynwood Arts District are aimed at collectors, or anyone, for that matter, with a penchant for design.

“We don’t say what room is going where,” Oppenheim said about his loft projects. “We create a spice and let them come in, whether they want red velvet curtains or nothing at all.