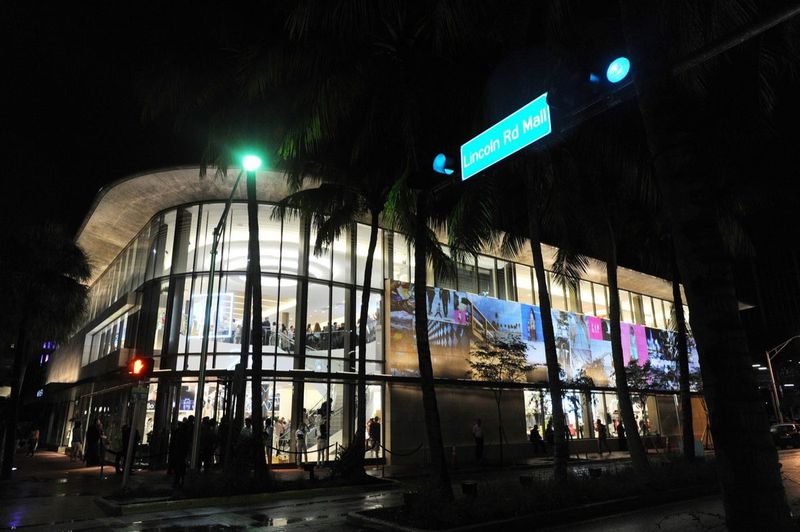 Lincoln Road’s big new Gap store had its grand opening last night, with Racked Miami on the scene. As they say, it’s nice, which is totally what was expected considering its designers were the fabulous Touzet Studio. And we’re not saying that because they bought Curbed a $28 steak when we did lunch a couple months ago. Haha. But the steak was delicious.

The focus of the building is at the corner, with its double-height space, oculus, radiated glass, and grand staircase. Curbed has been following the store, which is quite the architectural statement as far as Gap stores go, since the beginning. Compare the renderings here and hereto reality.