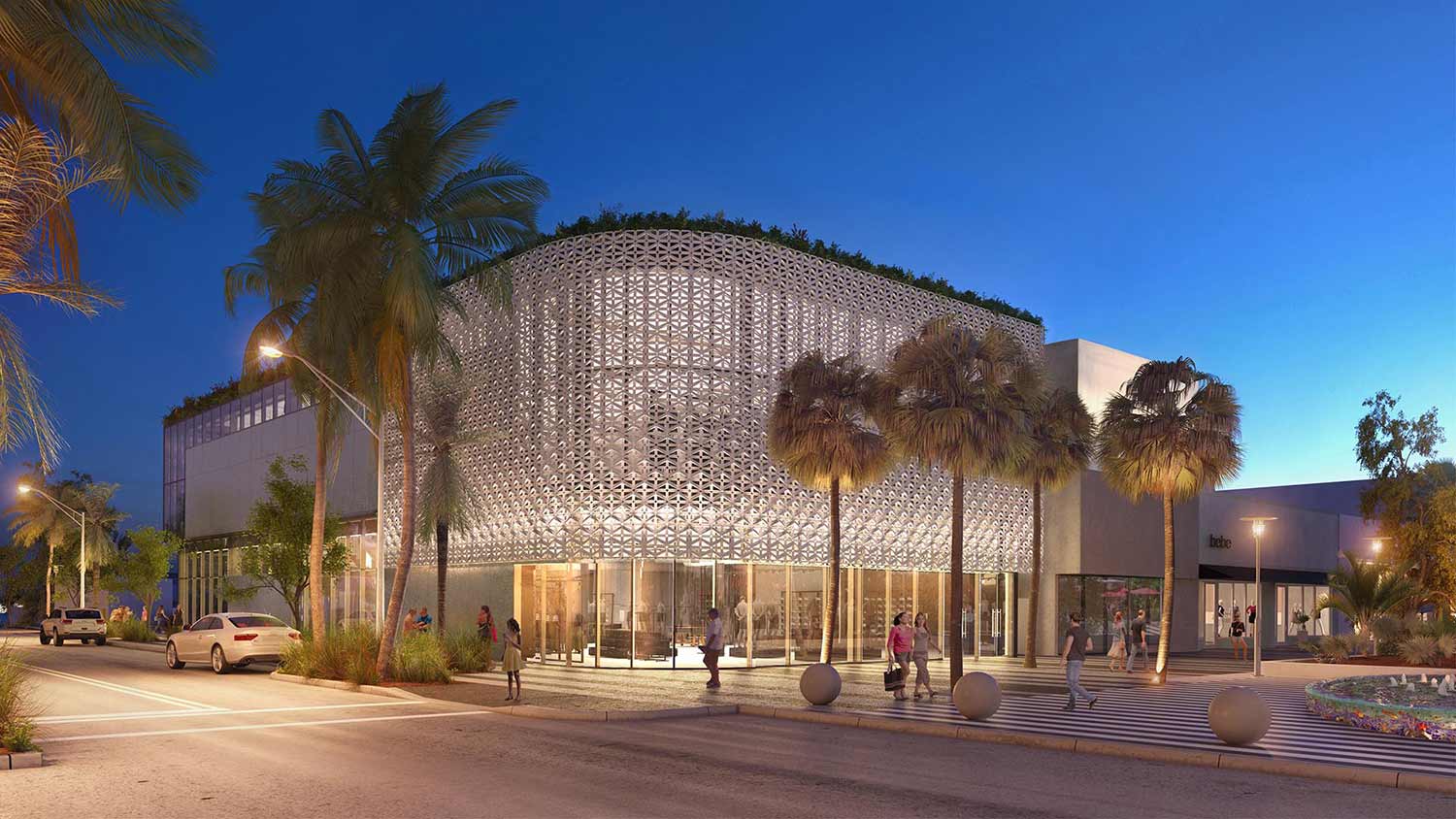 The building housing The Pottery Barn and Williams-Sonoma at 1035 Lincoln Road will be demolished and replaced with a two-story Nike Store, under plans submitted by the Fryd family and the Comras family, the owners of the property.

The existing building is not considered to be historic, but it replicates some features of the historic building that once stood on the site. In 1999, a building that was constructed in 1925 was demolished after it was declared unsafe while the owners were attempting to restore it.

A lawyer representing the property owners wrote a letter to Miami Beach officials touting the ‘unique’ design for the proposed 31,587-square-foot Nike Store, which uses materials that reflect an ‘innovative’ take on Miami Beach’s climate and culture. The materials are also said to reflect the ‘innovative design and performance goals’ of Nike.

The exterior of the proposed building will be clad with a metal mesh and ductal rain screen, outfitted with wind needles and illuminated at night by an LED lighting system.

In addition to two full levels of retail and a mezzanine, the new structure will have a rooftop terrace with athletic terrain where customers will be able to test out footwear before buying.

Touzet Studios is the architect for the new store. Touzet also designed the recently opened Gap Store and the soon-to-open Apple Store on the same block.

Fryd and Comras will need a variance for the store, which is proposed to be built without the loading docks required under code. The Apple Store and Gap don’t have the loading docks either, and deliveries will be made by FedEx and UPS, according to the developer. Miami Beach’s Historic Preservation Board will review the plans next month.