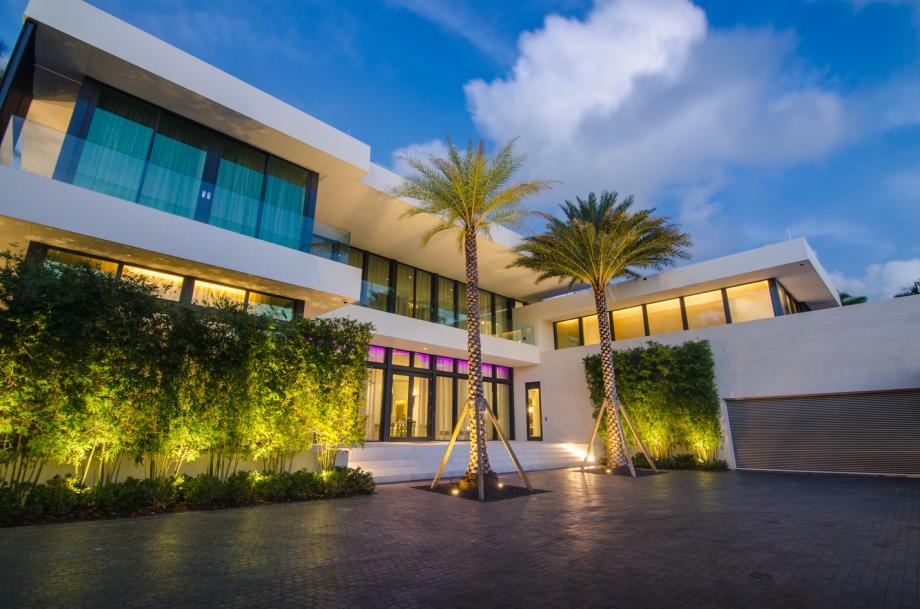 Like Frieze, Art Basel Miami is all about the contemporary, the cutting edge and most often the conceptual. In Frieze Masters though, the London fair found a separate space for what was once contemporary and is now simply Modern, Old Masters and even antiquities. And much liked it has become.

Miami Art Masters, which launched during Art Basel Miami this year (though there are no formal ties with the mother fair), tries something similar, though on a much smaller and more intimate scale. It’s a sensibly cautious approach. This is not the first attempt to add Old Masters to the mix in Miami. Miami Masters International Art Fair debuted last year but has not returned for a second outing. The spin here though is that the art is being shown in a modern, private house on the city’s rather lovely Hibiscus Island.

The 12,000 sq ft house, designed by local architects Touzet Studio, is owned by Swiss property specialist Paul Philippe Vögele who bounces between Paris and Miami. Vögele, founder of the new mini-fair, asked Touzet to create a contemporary take on the classic Parisian Hôtel Particulier, the grandest of townhouses. He only moved in the night before the opening of appointment-only presentation (you can’t have too many people traipsing round the house and parking is limited).

Vögele’s concept is simple: to convince people that Old Masters can work in a contemporary setting, and to sell a few of them, on behalf of a number of British, French and Italian dealers, in the process.

Curatorial duties were handled by Milan-based Old Masters specialist Benedetta Corsini who has spread 50 works, spanning the 14th to the 19th century around the house, including a small private chapel (a rare addition to the modern home). Artists represented include Jean-Honoré Fragonard, Bartolomé Esteban Murillo and Jean-Baptiste Oudry. To further prove that you can mix masters and contemporary, the Art Masters team have dotted the display with contemporary works, curated by Karen LaGatta, from  Candida Höfer, Tracey Emin, Cecily Brown and Hannah Starkey and design pieces by Herve van der Straeten, Ty Best and Eric Slayton.