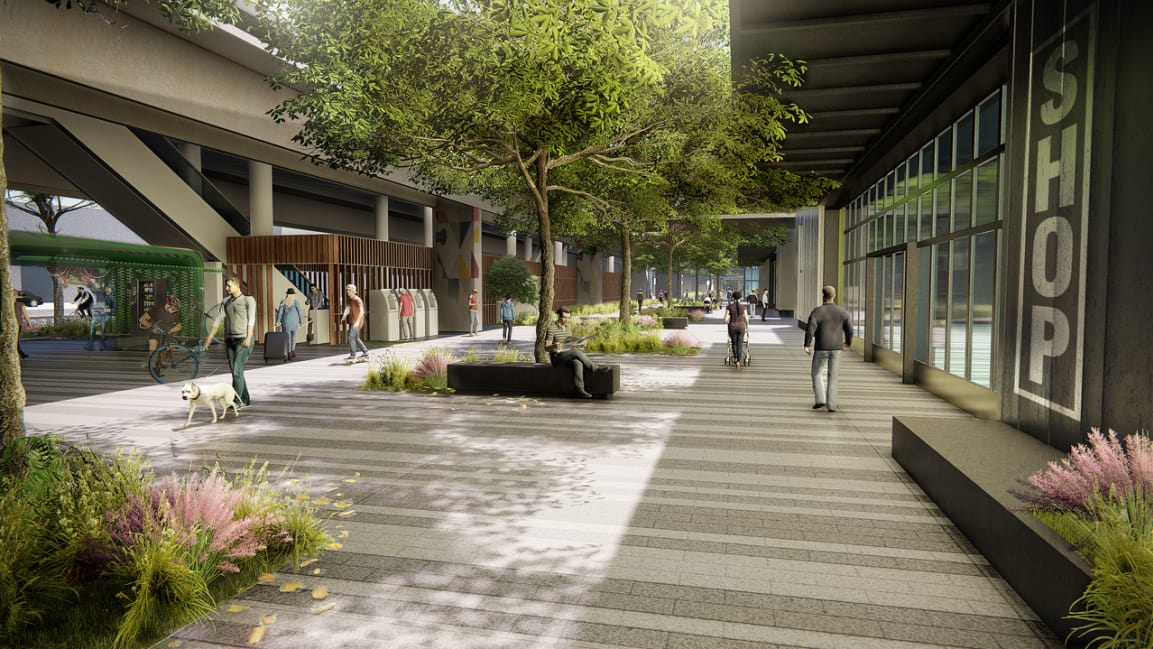 Though some may still deny it, climate change is having an effect on our lives. It’s making weather patterns more severe and unpredictable, and in some parts of the world, agricultural practices and natural ecosystems are collapsing. And in other places, it’s going to make things really expensive.

In vulnerable coastal cities like Miami, climate change and sea level rise threaten to drown low-lying lands. Not only will that displace people living in those areas, but it will make the remaining above-water lands more valuable, and more costly. This theory of “climate gentrification,” a term coined in 2013 by Jesse Keenan of Harvard’s Graduate School of Design, and investigated in-depth in a recent paperby Keenan, Thomas Hill, and Anurag Gumber, centers around a straightforward premise: “Climate change impacts arguably make some property more or less valuable by virtue of its capacity to accommodate a certain density of human settlement and its associated infrastructure.”

In other words, climate change will speed up the process of gentrification in coastal cities by constricting the supply of livable land, and rendering it very expensive due to scarcity. As that happens, lower-income people will struggle to remain in place. Keenan, Hill, and Gumber found ample evidence that this is already happening in Miami. The coastal city is seeing property values on high-elevation lands skyrocket, while once pricey waterfront property values are diminishing.

The most common reason this happens, Keenan says, is because real estate investors recognize the threat of climate change, and shift capital to more stable land and properties. In Miami, where higher-elevation properties were formerly more affordable (being farther from the beach)–and sites where people of color were often segregated–people are being priced out. Little Haiti, a historically lower-income Haitian neighborhood, sits about a mile back from the beach, on higher ground. Residents now are seeing investors eye their neighborhood with new interest–it remained relatively dry during the hurricanes Irma and Maria last year, and a smattering of new developments are going up. Slowly, longtime residents are beginning to feel they can no longer afford to live there, and are seeking someplace cheaper.

Residents of coastal properties are also feeling a squeeze: As climate risks to a property like flooding increase, costs for insurance and repairs go through the roof. And in places like Copenhagen, which have worked to retrofit their waterfront properties to be more resilient and developed green infrastructure that would mitigate the effects of events like flooding, these resiliency investments have raised the cost of living to the point where only wealthy people are able to afford to live there. “Even places that are really trying to do the right thing for people are making investments that have the unintended consequence of displacing the people they were trying to protect,” Keenan says.

This type of climate gentrification creates a ripple effect: As coastal dwellers defect for inland properties, they price residents of places like Little Haiti out. And those lower-income residents often find they have nowhere left to turn in their city, and are forced to leave for somewhere else. Keenan has actually found that in terms of net migration, Miami-Dade County’s domestic-born population has decreased every year for the past several years, which in the long-term, he says, will begin to reflect in the economy.

While climate change may be inevitable, its displacing effects do not have to be. There are a number of measures cities can take to ensure that their residents remain in place, and in conditions that are livable and affordable, as they adjust to the new realities brought about by rising sea levels and other environmental challenges.

Cities could, for instance, introduce comprehensive rent-control measures in higher-elevation neighborhoods experiencing rising property values. Data analyses like the type Keenan and his colleagues performed for the study, which maps changes in property values from 1971 to 2017 against elevation and relative risk of sea-level rise, could guide cities as to where they should focus their efforts.

But also, Keenan says, real estate needs to step up to add more density to livable areas in a way that’s equitable and doesn’t bring about displacement. “Real estate owners, investors, and operators have influence, and they’re the ones that have a fairly cohesive and emergent voice on the necessity to make investments for the collective good,” Keenan says. “Climate change and gentrification is happening at the same time that we’ve reached this crescendo of lack of affordability, lack of adequate mass transportation, and just overall livability.” By making smart investments across categories that boost density, sustainability, and livability, the real estate sector could help get out in front of some of the pressures of climate change.

One developer attempting to do so in Miami is David Martin, the president of local development agency Terra, who’s collaborated with Keenan on ideas to address Miami’s climate-change woes through development. Martin’s latest project. Grove Central, will break ground in the next couple months on what was once a parking lot in the middle of Coconut Grove, a predominantly Bahamian neighborhood set a mile back from the coast. The development will house 288 residences, designated for renters earning between 60% and 140% of the county’s Area Median Income, and will connect to a train station and a planned 10-mile bike and pedestrian trail that will run parallel to the coast. It will also contain solar panels and a water-harvesting system to protect against flooding.

This type of development, Martin says, is important because it “moves density away from vulnerable coastal areas,” and creates climate-change mitigation infrastructure on what was once an underutilized slab of concrete. But it’s not enough for city developers just to throw up these types of structures and say their job is done. Alongside new developments, cities need to add equity measures to like rent control or housing subsidies to protect people fearing displacement as these new properties materialize in their neighborhoods. While Martin’s Grove Central project focuses on housing middle-income people, it will hopefully serve as a proof-of-concept that such a development could be built to house people of lower incomes, too, who are most vulnerable in the current housing market, and will only become more so as climate change accelerates.

But ultimately, Miami’s new approach–building density and green infrastructure away from the coasts–is a solid step forward. Mitigating climate gentrification, Keenan says, “comes down to inclusionary-zoning-type mechanisms that are predicated on the idea of creating density in protected areas, and having sustainable infrastructure to support that density, like mass transit and green energy.”