Touzet Studio drew inspiration from nature- the tropical hammock of Corlal Gables and Biscayne Bay beyond.

The House transitions from two engaged stone-clad volumes on the street to a primarily crystalline façade on the Bayside.

The interiors balance a warm and neutral palette with moments of intense color, utilizing terrazzo floors and natural wood to give the house a very Florida tropical feeling.

The blues and grey of the carpets and custom light fixtures pick up on the shades of the ocean. The bright bursts of color recall the vibrant colors found in the gardens of the Tropical landscapes. 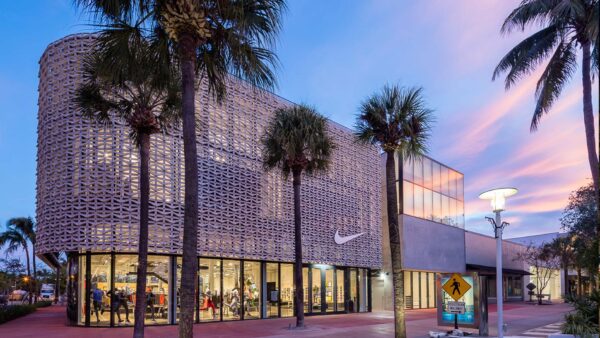 “Miami is a young city, but it definitely has a beautiful culture and has a wonderful climate that we should embrace and celebrate in our architecture.” – Jacqueline Gonzalez Touzet, AIA LEED AP, Founding Principal, Touzet Studio Source

Built in 1936 and designed by Robert Law Reed, 800 Lincoln Road was originally home to the Burdines Department Store. The streamlined steel and concrete frame structure was originally intended to serve as a pedestal for the future addition of five more stories. After Burdines moved to a new, larger structure on the corner of Meridian and 17th Street, the building was occupied by the Richard’s Department Store and several other commercial businesses before becoming home to Art Center South Florida.

Decades of neglect had covered the original surfaces with layers of paint and had seen the loss of storefront area, a major entry feature and important trim elements. The building was acquired in 2014 with the new owner intent on the restoration of the façades and the expansion of the retail area.

The design is focused on two major initiatives: bringing back the original character of the building – restoring the cast concrete panels that made up the façade skin and the polished aluminum trim that established discrete bands of diverse surface treatments – and establishing a clear demarcation between the addition and the original building. The addition retains the use of concrete as a surface material, but differentiates itself by using board-formed concrete, with its rough texture, in contrast to the smooth surface of the original panels. The volume of the addition is setback from the plane of the original building and is separated from the historic structure by a continuous band of glass that runs from the entry to the addition at the southern edge of the historic volume up to the rooftop restaurant. 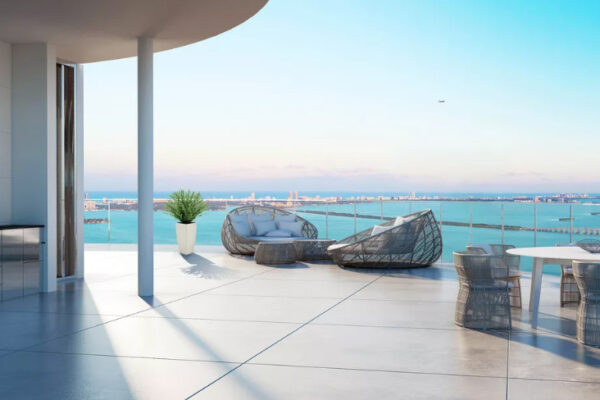 With Miami serving as a popular housing destination for celebrities—whether it be as a primary place of residence or as a second, third, or even fourth option—we thought it’d be fun to take a look back at 2017’s juiciest homes to hit and/or depart the market. Apologies to Miami Heat guard Dion Waiters, who landed a…

This private residence for an inventor and engineer couple with a love of design began as an interior remodeling of the kitchen and great room. It grew over time to include the children’s bathrooms. The custom kitchen was designed by Touzet Studio and built by Frohbose & Beers. It features an 8-foot-long, custom designed island with an absolute granite velvet finish top.

The appliances are tucked out of sight in a custom “appliance garage” clad in a walnut volume that also conceals the refrigerators. The ovens were set in a coral rock wall with a custom-designed bronze hood.

The design was inspired by the kitchens of early French chateaus, with their oversized fireplaces for cooking. The powder room, inspired by vintage train compartments, was tucked into the walnut volume that defines the great room. 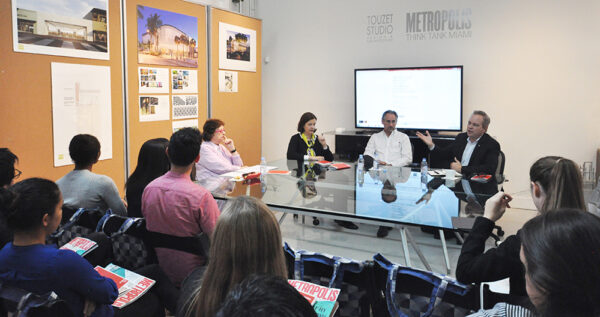 Susan S. Szenasy, director of design innovation, Metropolis (SSS): We’re in Miami. Let’s start with talking about the unique subtropical conditions that exist here. How do architects design for a place like this? Jacqueline Gonzalez Touzet, AIA LEED AP, founding principal, Touzet Studio (JGT): Miami is a young city, but it definitely has a beautiful culture and… 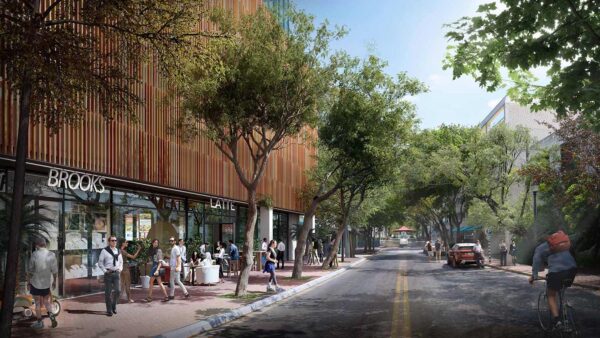 Doral Square is a proposed mixed-use retail and office development to be located on the southeast corner of Doral Boulevard and 87th Avenue in Doral. Doral Square would incorporate a two-level retail and garage structure into an existing 148,000-square-foot office building and parking lot. The project is adjacent to Carnival Cruise Line’s headquarters with over 3,900 employees, and one block from City Place Doral, a community where CineBistro and Fresh Market now serve 1,000 residential units and 150 single-family homes. 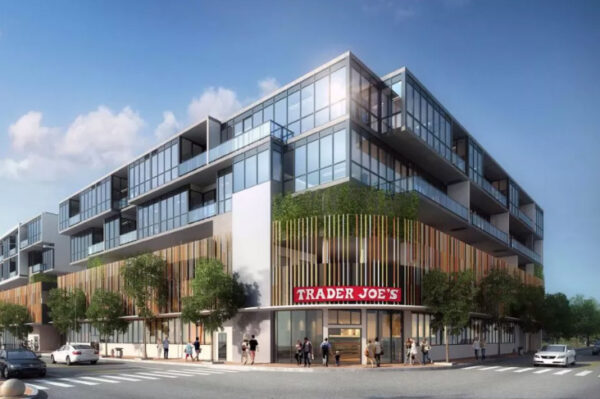 Miami Beach’s grocery store game is inching closer to a shake-up with the Trader Joe’s-anchored West 17 breaking ground off 17th Street and West Avenue. The Real Deal reports construction has commenced on the the mixed-use project, which entails 28,000 square feet of retail space, loft apartments, townhomes, and around 200 parking spaces. The five-story property is…